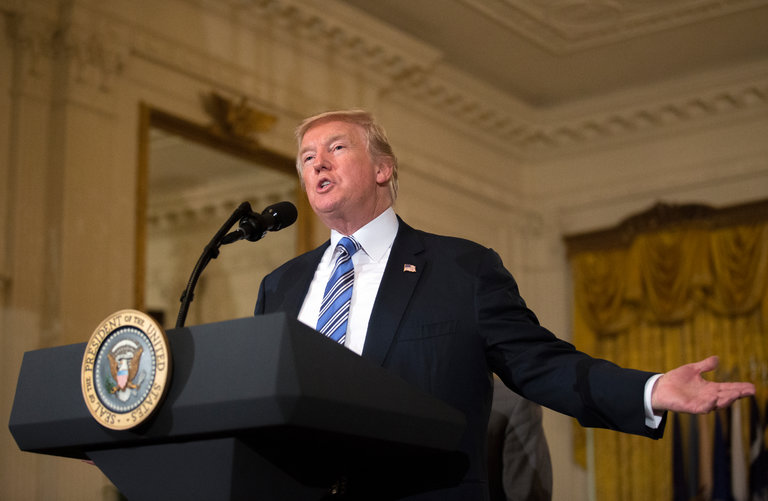 On Saturday, President Donald Trump, through his twitter handle, stated that he had the absolute power to pardon. The tweet came hot on the heels of a Washington Post alleging that Trump had inquired from his advisers whether he had the authority to pardon aides, his own family, or himself. However, Trump’s lawyers dismissed the story on pardons as untrue. This story has spurred a huge debate among legal experts on the question of whether the president has the power to pardon himself. Some argue that the president cannot fight his own impeachment while others argue there is no legal provision to back this claim.

Different Opinions on The President’s Power to Pardon

Norman Eisen, former white house ethics lawyer, wrote an oped for the Washington Post disputing the power of the president to pardon himself. Eisen states the argument of the Justice Department that no one can be a judge in their own case. The constitution forbids the president from exploiting the pardon power to prevent his removal and impeachment. Additionally, the constitution states that any one removed through an impeachment is fully subject to criminal prosecution. This provision would be senseless if the president was allowed to pardon himself.

According to Jonathan Turley, a law professor at the George Washington University, the Constitution does not specifically forbid self pardons. In an article for the Hill, Turley argues that Article II of the constitution allows the president to grant pardons and reprieves for offenses against the U.S. except in circumstances involving impeachment. The constitution does not state who is not subject to a pardon. The president basically has the power to pardon federal crimes.

Some scholars refer to Article 1 of the constitution which says that impeached individuals are subject to an indictment, trial, judgment, and punishment. However, some law experts argue that if the president were to pardon himself, he could claim to be doing so in accordance with the constitution.

It is not clear what Trump meant when he stated that he had the absolute power to pardon. Although the constitution allows the president to issue pardons, the limitations of this law are not clear. However, one thing is for sure, no one is above the law. Therefore, no president can pardon themselves from an impeachment.